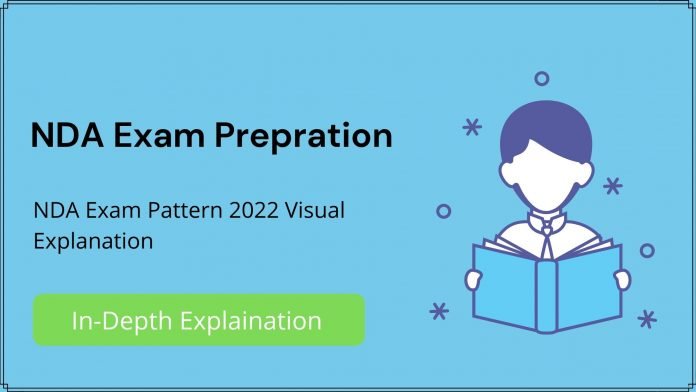 The NDA Exam was conducted by the Union Public Service Commission (UPSC) for three services: the Indian Army, the Indian Navy, and the Indian Air Force.

In this article, I will show you the NDA 2022 exam pattern to prepare proper planning and strategy at low cost based on the previous NDA Exam pattern.

NDA Written Exam previous year papers you can download for your best practice.

If any candidate who clears the written NDA exam will proceed to the NDA SSB interview process.

Check the below table for NDA Exam Pattern Highlights

First, in this section, we are going to cover the NDA Exam pattern 2022. The written test of NDA 2022 has been Not scheduled yet. 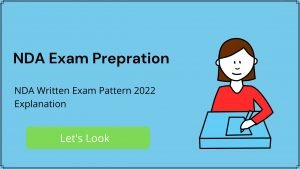 Other details related to the exam pattern of both the sections are given below:

According to the previous pattern, NDA Exam both section marks, question and time mentioned belo

Read the following table to get to know about General Ability Test(GAT).

All GAT subjects and marks are covered in the below table. 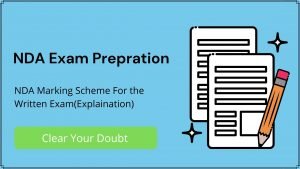 Note: No marks were deducted for the unattempted question.

Let’s look in a simple way 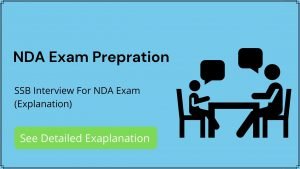 Once you clear your NDA written exam, you can appear for the NDA SSB interview. Also, the SSB interviews divide into two stages.

Stage 2: Physiological Test- In this stage all the candidates go through multiple tests like Group Testing Officer Task, Psychology Test, and Conference

Note: Candidates, who successfully qualify for the SSB round will be called for further medical test and document verification processes.

In NDA Exam, the question will have asked from the mathematics and General Ability Test. Mainly 10+2 level of question asked in the exam.

Mostly, questions asked in the NDA exam from these topics are mentioned in the table below.

question diversified in this way

Questions and marks diversified in this way

Part A: In English

Candidates must strictly follow guidelines issued by UPSC NDA on the day of the exam:

Q. What are the passing marks in NDA Exam?

Answer: Minimum 25% marks required in each subject to clear the NDA 2021 written examination. After qualifying NDA written exam, the candidate call for the SSB interview.

Q. what is the full form of NDA?

Q. Is NCERT Books are enough for NDA?

Answer: NCERT books are the best choice to compete for NDA Exam. Level of this exam is 10+2. First, you read NCERT, and second, you can read from other books.

Is it possible to remove plagiarism from Assignments using the online Paraphrasing Tool?

Ashvin - 05/07/2022 0
In mathematics, the slope intercept form is frequently used to find the straight line equation. This equation is also known as a linear equation...

NDA Exam Preparation: A Complete Plan to Crack the Exam in...

Is it possible to remove plagiarism from Assignments using the online...

In mathematics, the slope intercept form is frequently used to find the straight line equation. This equation is also known as a linear equation...
Read more

Technology has changed the way people interact. It has impacted almost every walk of our lives. But the most profound impact is on education....
Read more

The National Defence Academy exam, commonly referred to as the NDA exam, is an annual examination conducted by the Union Public Service Commission (UPSC)...
Read more